Like the poor, the “left” will always be with us…against us, that is.

Professors, administrators, and other top people in education, who–either are now getting–or did get–their early training from the 1970s hippies (who got “their” training from the beatnik generation) are now teaching our children in our universities, and/or have taught/influenced/brainwashed the teachers now teaching/influencing/brainwashing our younger children from kindergarten through high school.
So I’m blaming the hippies, right? Yes, absolutely. The hippie mindset was easy to like and follow and friend, and, way back when, I won’t say I was a follower, but in my own rubber hobo travels I often ran into them, and did NOT look down on them. Hey, I was, for lack of a better word, often a part of their culture.
But, for some unknown reason I grew up–and away–from them. Thank God.

Then there’s the CEOs, politicians, generals, admirals, and on and on.

Let’s first move on to celebrities (actors, actresses, singers, athletes.) Before Donald Trump ran for the presidency I never noticed so much celebrity input, or maybe I just never noticed because they didn’t get wild and wacky as they have with President Trump, or, maybe they just didn’t care long as the right guy ran and got elected. I will admit right now I was never a fan of Donald Trump, and never watched his “You’re Fired” reality show. I heard he ran the Miss USA contest (I think) so he liked pretty girls–WTH? I like pretty girls too. I wasn’t even crazy about him when he actually started running. I guess I was like everybody else–not that I know what everybody else’s reasons were, me, myself and I, just couldn’t see him as president. But once he started talking I soon began changing, as I watched “him” change and change and change and start acting presidential, until this year’s 2019 State of the Union even someone I considered radically left actually liked him.
With the celebrities (and all the others) it isn’t just Trump. They also seem to be in love with the Muslims, illegal immigrants, and the idea of OPEN BORDERS–WTF? Let the whole Third World in, just keep them out of MY neighborhood!
Right, visit any celebrity neighborhood if you can get in, and look for the less-than-proper Third-Worlders. You won’t find any, unless the celebs are trying to make a point. Then maybe you will find some but I doubt it.

CEOs and their corporate boardrooms and the Chambers of Commerce. These guys also love immigrants and they don’t seem to care if they are legal or illegal. They just want a cheap labor force–yes, they get a turnover–but WTH? Long as they keep coming in.

Silicon Valley, the social media Giants (Facebook, Twitter, Instagram, YouTube, Google, Amazon.) Those are the biggest; they have power, and I hope I don’t manage to piss any of them off with this post. Can they see what I’m writing? I think so. I think they can even see as I type each word…well, maybe not quite–I mean, I’m just a lowly blogger, so why would they bother? I of course don’t know who, but three times I have felt my work was…what?
Changed.
I will mention only the first time. The other two times might look to a social giant that I’m accusing, and accusing would do no good with no proof.
The first time, a key word was removed, which changed the entire post. Proof? Yes, that time I took a screenshot and showed it to a friend who I considered not only a friend but a computer expert. He looked, yes, but wouldn’t agree to what I thought, so he, evidently couldn’t/wouldn’t believe his own eyes. There even was an extra space between the two words where the other was plucked. It should have been only ONE space. Two spaces would mean the hacker forgot and just plucked the word. One space would have meant he/she did it right, for only one space should exist between two words.
So who is messing with me? I choose to believe it is somebody far on the left who is charged with watching little old nobody-me.

The media. MSM. The Mainstream Media. The Mockingbird Media. For the longest time I didn’t “get” what they meant by “Mockingbird Media.” Then one day I stumbled onto a video showing likely most of MSM saying exactly the same thing—EXACTLY!
And this is what most of the—sorry, folks!—”sheeple” listen to.

You see, many of the people I’m talking about are probably among those at the top of the pyramid, the richest of the rich. They don’t care about the illegals, or you and me, they just want more money and more power and whatever it takes for it to happen. Some probably get so rich that they join the most elite of the elite: the Illuminati.
But the Illuminati is a little farther than I was planning to take this post.

So to ask a question: why? Why are so many people way out on the left contributing to taking our good country down–way down, first to socialism and then to communism and the end of Free Speech and every other good thing about America.
So, again, why?
Money?
Well, yes, maybe, but we are talking thousands, hundreds of thousands, maybe even millions of people expecting payment for their leftist support of the billionaire globalist elitists. So that would mean a LOT of money. So money can’t be it.
Brainwashing, drugs, hypnotism, ETC., also cannot be it. Again, way too many people involved.
So what IS it? Maybe the 64 million dollar question that will never be answered.

What better way to end this post then one of my pics of a sunrise? 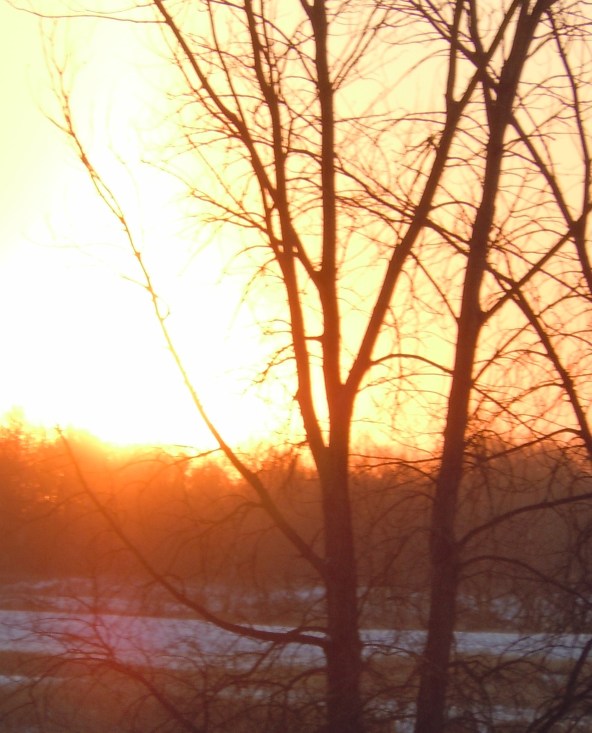